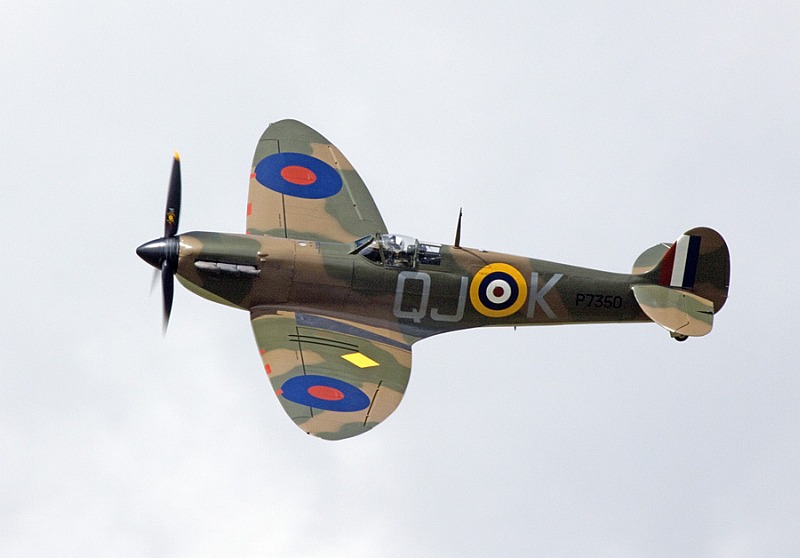 This Blog post is dedicated to the memory of Squadron Leader Geoffrey Wellum DFC.

Since my last musings bench time has been at a premium as work and just life in general just seem to have gotten in the way, as much as I try and eek out some time here and there I just end up coming up empty, the usual amount of frustrations boil up and when I finally get a small window of opportunity to get some bench time in I just end up sitting there non-plussed and devoid of inspiration and with a few builds on the go I just never know where to start. Year in year out I seem to repeat the same mistakes and as we approach the middle of the year I once again look at my modelling output over the last 6 months with disdain and disappointment as I have been my usual unproductive self at the workbench. However, having said that I have refurbished the work space which should aid me with my builds for the second half of the year and I think it is a job well done and something I am very happy with.

Now we are approaching what is normally my most productive of times the summer, I am looking forward to finishing work in a week, kicking back and cracking on with my builds for Scale Model World in November, I really must stop this cycle of the mad rush to get stuff across the line for Telford, return from Telford do nothing until the following summer and then build and paint in a frenzy up to….. well you can guess the rest, it’s a cycle that sadly I repeat every year and it really needs to stop. It starts with the best of intentions as the build up to Telford can be somewhat intense and it is nice to take a breather once it is all over, I unfortunately take that to the extreme and rest on my laurels from the first week of Novemeber until I relise it is only 100 or so days until Telford and I enter a time of extreme panic and then everything is rush rush rush until I run out of time. I cannot deny it and even with the best of intentions I am a lazy modeller who sadly never learns his lesson.

Now as I sit penning this my first blog post for over a month with the sun shinning outside, the workbench calling and a plethora of other tasks vying for my attention and a quick realisation that scale model world 2018 starts in just over 100 days and with a slight cold feeling starting to manifest itself at the base of my spine slowly spreading upwards and that awful feeling of doubt that falls over me with the knowledge that I have just a few short months to get started on my 3 projects that I have long planned to have ready for my club stand which includes the building of an Eduard WWI Biplane with etch brass and more rigging than I care to think about, and the steady feeling of why oh why do I allow myself to be dragged into yet another hair brain ‘let’s build this for the club stand it’s a great idea’ from my fellow club member Keith Forsyth although to be fair last years Tiger 1 build was my idea so just perhaps we are even on that score.

The issue I have with myself now is mustering the motivating to get the 3 kits I want to build for Telford started built painted weathered and so on, now having had minor surgery on my head in the last week which has rendered me useless and unable to bend my head forward which has stopped me blogging and kept me away from the workbench, not that I would have spent much time there in the build up to the end of work for the school holidays however in theory a week off work could have meant a week at the bench instead it has been spent laying on the sofa trawling my way through anything and everything Star Wars. So now school is out, a week of light duties at work on the horizon and with 2 weeks holiday to come I need to make a concerted effort to get the 3 Telford builds well on the way and ready for paint at the start of September, am I being over optimistic, maybe and maybe not. Over the last few years I have got a great amount of enjoyment out of spending the summer evenings at the kitchen table modelling away to my hearts content, headphones on listening to some of my favourite songs completely oblivious to the goings on around me as I get something resembling a project built and ready for paint.

So here I am with exactly 111 days until the doors open at the international centre Telford and in between now and then I have to build paint and weather 3 models and to some that is a simple task, to me that seems like a huge mountain to climb, what I  need to do is face each project separately and tick them off one by one. Usually as we break into the latter part of the year we have the normal autumn shows to attend and build for however this year we are doing something different and passing on the Farnborough show so that we can attend Euro Miniature Expo in Folkestone and The UK garage kit show in Crewe, a couple of shows that caters more for what the long suffering Kerry likes to do and a bit less for me, which is fine as I have Scale Model World to build for look forward to and save up for. Now it’s time to sort out how I am ever going to complete these 3 models for Telford, stop procrastinating and just get on with the bloody things, although I may start tomorrow!!!!.

Published by The Average Modeller

I am 50 years old and have been modelling since the autumn of 2002 when after a random nip into a local model shop on my way to work I purchased the old Tamiya Sd.kfz 223. I shared the build and paint job with my Stepdad Adrian where we made the fatal mistake of hand paining it before we finished the assembly and we ended up with a bit of a glue covered painted mess. When not involved in any modelling stuff I like to spend my time pottering around my garden, spending time with the long-suffering better half and partner in crime Kerry and her children, listening to music, getting stressed at my football teams’ inabilities and procrastinating about just about everything else, oh! yes and work of course where I am Site Manager at a large primary school. (July 2021) View all posts by The Average Modeller

This site uses Akismet to reduce spam. Learn how your comment data is processed.